How is Tianwen-1 doing recently ?

How's Day Tianwen  1 doing?Doing?According to the China National Space Administration and China Aerospace Science and Technology Corporation, the Tien-Wen 1 spacecraft has been in berthed orbit for more than a month.The docking orbit has a period of two Martian days (49.2 hours).With only a small amount of orbital maintenance during the docking orbit, the rover will be able to inspect the intended landing area every two Martian days. 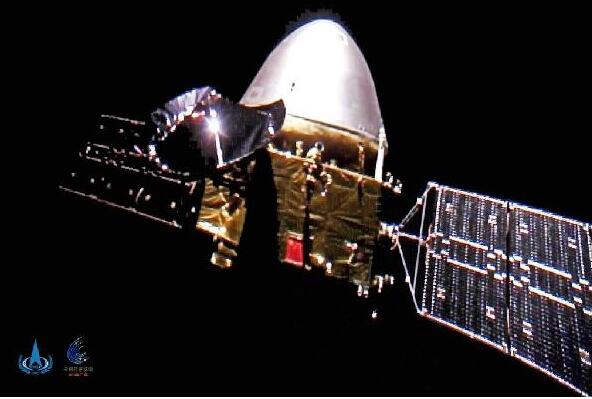 The main purpose of operating on the docking orbit is to prepare for landing.During the period of berth orbit, when the probe after scheduled over the landing area, the use of camera resolution, high resolution camera, spectrometer and other loading equipment to detailed survey of the scheduled landing zone, the main detection scheduled landing area topography, geology, geomorphology and environmental conditions such as whether there is a sandstorm for landing safely prepare to patrol.The detailed inspection required the probe to fly over as many of the intended landing zones as possible.

On February 24, the Tianwen-1 Mars probe made its third near-fire braking and successfully entered the berthing orbit.The probe spent about 2.5 months in the docking orbit.

Each of these four interlocking orbits must be controlled precisely to ensure that the probe can successfully enter its berthing orbit.Taking into account other factors, the docking orbit will last for two Mars days (49.2 hours), and only a small amount of orbit maintenance will be required during the operation to ensure that the spacecraft will be able to carry out a detailed inspection of the intended landing area every two Mars days.