You are here: Home » News » KNOWLEDGE » The core of UAV technology -- MEMS sensor

The Atitude Reference System (AHRS) is the heart of the UAV. It consists of an inertial sensor, a magnetometer and a processing unit.The AHRS predicts the direction of travel of the device, such as roll, pitch, and yaw angles.

The market for drones is booming, with new applications appearing seemingly every other day.Drones are everywhere, whether for the delivery of mail or packages, entertainment for all ages, security surveillance, management of agriculture or industry, or breaking new ground in aerial photography.Initially, most drones were little more than simple toys.Recently, however, their ability to fly has improved significantly, making them safer, more stable, and easier to handle, which has led to their increasingly widespread real-world use. 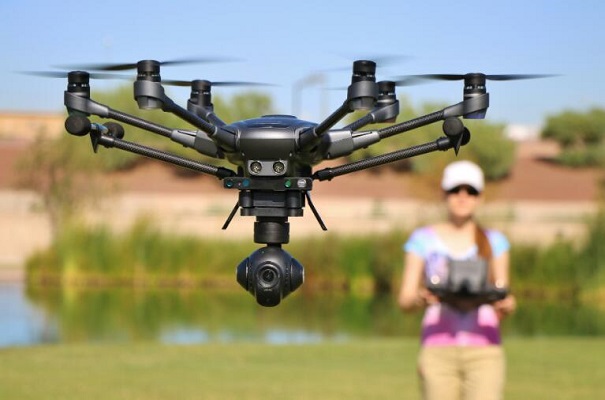 Inertial MEMS sensors are essential for the UAV to remain steerable, be piloted accurately by the user, or fly autonomously.However, some of the challenges that UAs face complicate their system design: motors are not perfectly calibrated, system dynamics change with load, operating conditions change rapidly, or sensors introduce inaccurate information.All of these can lead to bias in positioning processing, ultimately resulting in incorrect positioning during navigation, and even the failure of the UAV.

High-performance MEMS sensors and advanced software are essential for drones to be more than just toys, or even "to the next level".The high-precision inertial measurement unit (IMU), pressure sensor, magnetometer, dedicated sensor node (ASSN) and data fusion among sensors on an UAV have a direct and substantial impact on its flight performance.Dimensional limitations and harsh environmental and operating conditions, such as temperature fluctuations and vibrations, raise sensor requirements to a new level.MEMS sensors must minimize these impacts and provide accurate and reliable measurements

The main approaches to achieving superior flight performance include software algorithms (such as sensor calibration and data fusion), mechanical system design (such as vibration reduction), and selection of MEMS sensors based on the requirements and requirements of the UAV manufacturer.Let's focus on MEMS sensors with a few specific modules.

The Atitude Reference System (AHRS) is the heart of the UAV. It consists of an inertial sensor, a magnetometer and a processing unit.The AHRS predicts the direction of travel of the device, such as roll, pitch, and yaw angles.Sensor inaccuracies, such as offset, sensitivity errors, or thermal drift, can result in directional errors.Figure 1 shows the orientation error (roll, pitch Angle) as a function of the accelerometer offset. Orientation error is usually the largest factor in the sensor error chain.For example, an acceleration offset of only 20 mg will result in a directional error of 1 degree on the device. 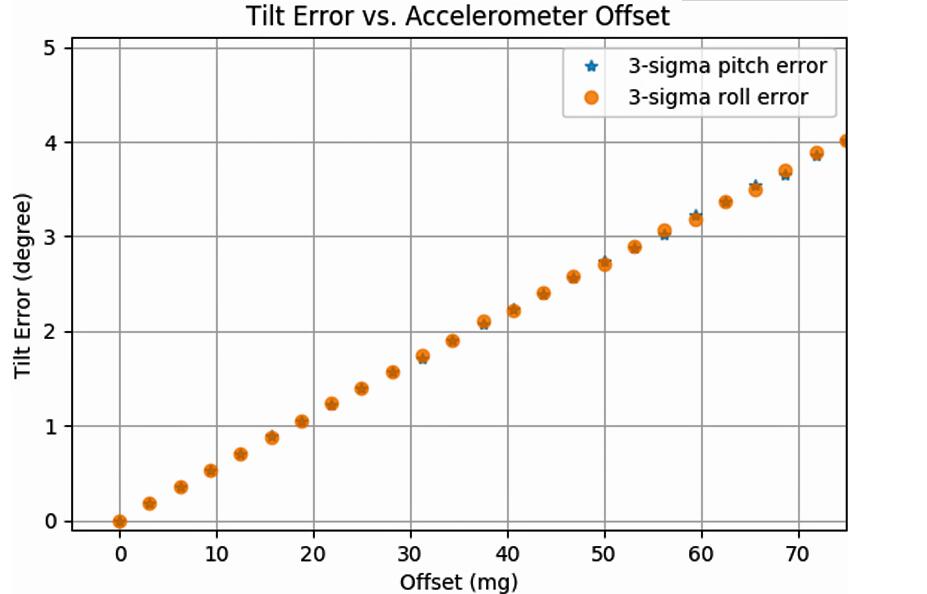 The IMU includes an accelerometer and a gyroscope with an embedded processor.This allows it to determine the trajectory of motion, including linear motion and rotation. 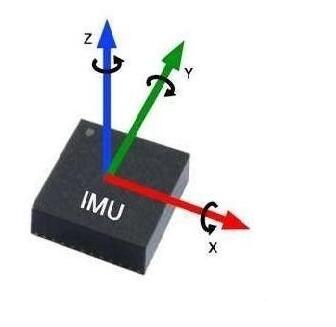 High performance air pressure sensors built into the drone accurately measure altitude and can be combined with readings from the IMU for altitude control.The pressure sensor must minimize external influences and errors.At present, combined with other sensors, such as GPS and optical flow sensors, range sensors, can improve the reliability of the system and reduce position errors.Drones are often extremely demanding on pressure sensors.The height accuracy must be within strict tolerances, even when subjected to adverse weather and temperature effects, and the sensor must maintain low delay and minimal drift over time.

A magnetometer acts like a compass, setting the drone's course according to the Earth's magnetic field.

A dedicated sensor node (ASSN) is a highly integrated intelligent sensor hub that integrates multiple sensors in a single package and is equipped with a programmable microcontroller.It provides a flexible and low power solution for motion sensing applications.For example, a 32-bit Cortex M0+ microcontroller with integrated accelerometers, gyroscopes, magnetometers, processable software, and an ASSN output for each sensor.Combined with directional processing software, it can be used as AHRS.

In addition to the individual sensors, we can also look at the system schematic of the overall structure of the drone's signal processing, as well as the software needed to integrate sensor readings and control.By integrating various sensors and data fusion, software functions such as directional processing can be performed directly on the chip.For drone manufacturers, this can significantly reduce engineering and software complexity, reduce unnecessary risks and shorten time to market